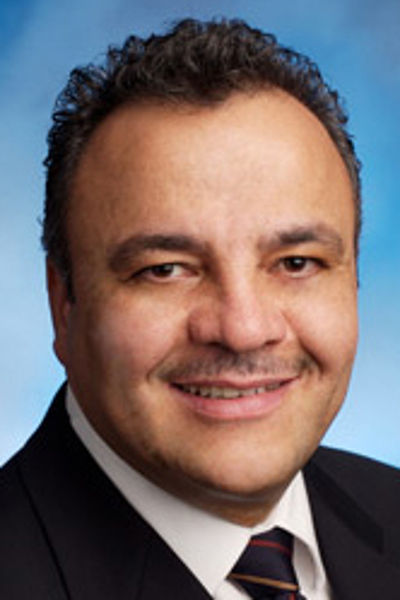 In 2003, 19 years after immigrating to Detroit from Iraq, I built my first hotel. It was a Hampton Inn in Detroit's Commerce Township suburb, and it became one of the top-performing hotels in the state.

From that success, I kept going. Today, I own 22 hotels, and have 10 more in the pipeline. These properties gross over $100 million a year and employ more than 1,000 people.

But none of this would have been possible without the help of local organizations. In addition to my 90-hour work weeks and sleepless nights, the Michigan Economic Development Corporation provided loans with low equity requirements and the Michigan Works Association helped me hire employees to sustain and grow my business. More recently, the Michigan Brownfield Redevelopment Program has provided funds to help me clean up sites for new development.

The support I found in Detroit allowed me to thrive in America. That access to resources is why the bipartisan nonprofit New American Economy just ranked Detroit 10th in the nation on its Cities Index, an analysis of how well immigrants are integrating and succeeding in the nation's 100 largest cities. Specifically, we received perfect scores in economic empowerment, job opportunities and livability.

I was 17 when I arrived in Detroit. In Iraq, my family was persecuted for our Chaldean Christian faith, so my brother, who was here working as a drugstore owner, sponsored my visa. I knew no English, but ESL classes at a local community college helped me become fluent. I eventually earned my GED, and was accepted at the University of Michigan-Dearborn. I graduated with a degree in science technology and became a pilot for Northwest Airlines before launching my own hotel business, Elite Hospitality Group.

Throughout this time, Detroit residents welcomed me. I know many immigrants who experienced similar hospitality and have achieved great success here. In Detroit, immigrants are 35.8 percent more likely to be entrepreneurs than U.S.-born residents, according to the NAE. A number of my former immigrant employees have gone on to start their own businesses. One now owns a deli in downtown Lansing and employs 10 people. Another, who started in housekeeping, now owns a convenience store and employs three people.

I'm proud of these successes — and of how well Detroit scored on the Cities Index — but I know we have more work to do. Welcoming more immigrants to our region would benefit our construction and hospitality industries, including my own business. I'm currently struggling to fill dozens of open positions, a shortage that often forces me to delay projects by months and can cost me hundreds of thousands of dollars in interest and lost revenue. My housekeeping and maintenance teams are also shorthanded.

Immigrants could help fill all these positions. If I complete a project on time, I can make my loan payments promptly and hire more employees, many of whom are U.S.-born. If I'm late on a project, I often have to delay hiring 25-30 higher-skilled employees on the hospitality side. These are good jobs, which could benefit many families in Detroit and across Michigan.

We need to support organizations such as Global Detroit, which is a regional economic development engine that leverages the talent, ingenuity and entrepreneurial spirit of immigrants in metro Detroit to power the regional economy.

Closing our doors to immigrants could be detrimental to Detroit. In these uncertain times for immigrants, I hope our city will continue to welcome and support foreign-born newcomers as it has done for me and so many others.