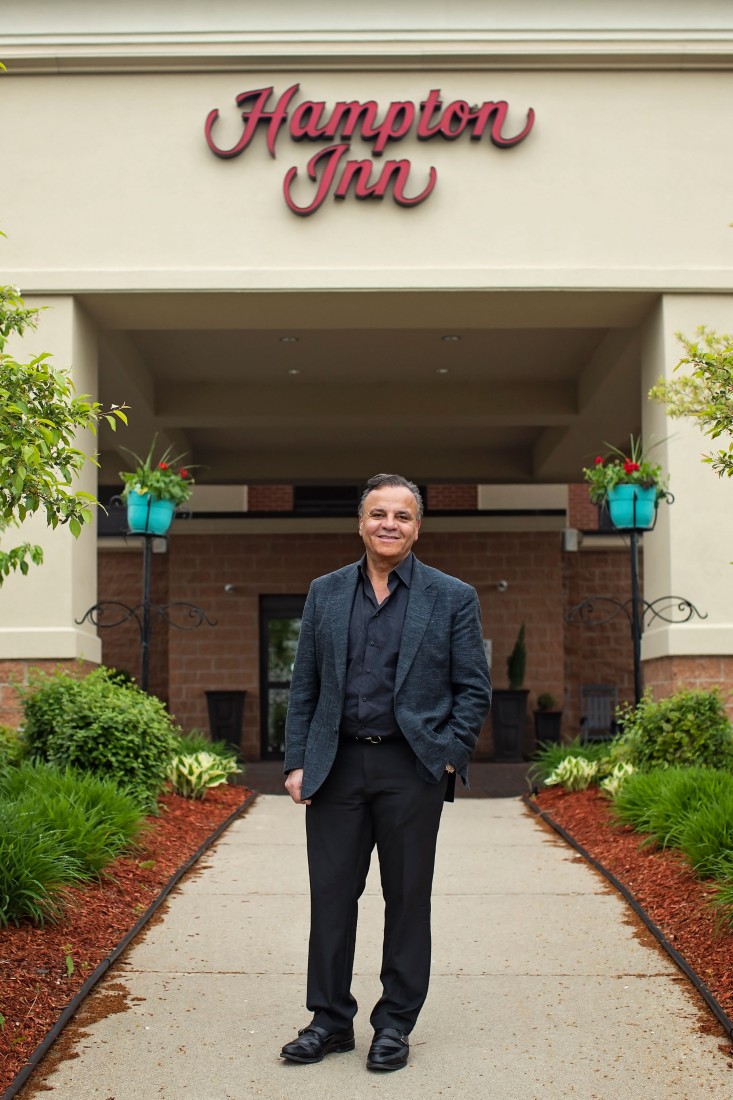 Basil's journey in hospitality started with the acquisition of a 105 unit Quality Inn in the heart of East Lansing, MI. Basil was able to reposition the losing distressed asset into an award winning profitable hotel. Mr. Bacall has come a long way, building his relationships and portfolio with the most recognizable brands in the industry. Basil & his team have mastered every facet of modern hotel development, construction & management. Elite proudly conducts most of their day-day business through systems that have been developed & enhanced for over 25 years. Elite Hospitality Group has been honored with numerous industry awards, including multiple lighthouse awards from Hilton hotels under Basil's leadership . Mr. Bacall is very humbled to have been awarded businessman of the year in both Auburn Hills and West Bloomfield, MI in his recent years.

Basil has led Elite to complete multiple projects over the last 10 years starting from ground breaking to receiving the certificate of occupancy with many new hotels in the upcoming pipeline. Elite has more than $200 million dollars of new hotel construction in the pipeline to be completed in the next 24-36 months.

Prior to entering the hospitality industry, Mr. Bacall was recognized as one of the youngest Chaldean- Americans ever to work as a pilot for a major airline, Northwest. In addition to his flight engineer certificate, Basil attended the University Of Michigan & holds a bachelor's degree in science & technology from Thomas Edison State University. His passion to serve people does not only revolve around his hotel guests, Basil is also a humanitarian in the metro Detroit community. As an aspired philanthropist, Basil founded and sits as an active chairman of Adopt-A-Refugee Family Program & Helpiraq.org. Since launching the program in 2007, the organization has raised over $13 million dollars and helped over 550,000 refugees. His most recent accomplishments include being recognized by The New American Economy, Crains Detroit Business & TIME magazine for his success story as an immigrant who has impacted our society as a philanthropist & entrepreneur.